My A-Z Challenge series is about Italy, it's lifestyle, the country and other miscellaneous things in regard to it.
The Palazzo del Quirinale is a large building situated on the Quirinal Hill. It has been used for housing Popes and Kings of Italy, now it's used for the official residence of the President of Italy. Don't mistake the President with the Prime Minister of Italy as they have different functions, the president is not like the President f the United States of America, rather he is the one to keep in order the rules and regulations of Italy and and to watch over and try to keep order over the Prime Minister. The President now is Napolitano who is widely respected, and has been in this office for two terms despite is age.

Napolitano has had a tough job as the Prime Minister he had to try to curb was Silvio Berlusconi. Although Berlusconi is well liked he is also well disliked, his private life being far more prominent than his public works more often than not. He is believed to have been corrupt, using Italian laws to protect himself from prison, even making new laws up to do this, tax evasion, lied to the police, and of course his infamous Bunga Bunga parties where laws were broken quite brazenly by the former Prime Minister and his friends. Can you tell I'm not one of those impressed by him? 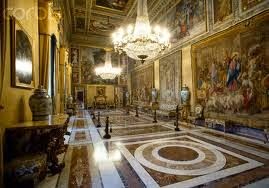 The Palazzo del Quirinale itself is beautiful with frescos, moulded ceilings, an entrance designed by Bernini and was originally built in 1583. Situated on the Quirinale Hill to stay away from the unhealthy air of Rome itself at the time but also giving it wonderful view of the surrounding city over to the Vatican. Outside once a day is the Changing of the Guards.

Italy used to be made up of several different states which were unified in 1871, I'll write about this later in the A-Z Challenge, this is when Rome became the capital of Italy and the Quirinale the palace of the KIng. Bit of a claim to fame here - helping against the unification was one of my ancestors who was a brigante, a bandit, and the soldiers of the revolutionaries were after him, so to protect his family the king kept my ancestor's family in the Quirinale where they lived for a time. The brigantes were royalists (or maybe they were just paid better by them). Personally I've never been in the Quirinale myself, I must take one of the official tours one day, and see what my ancestors might have seen, of course they might have just been kept in the servants quarters, but I can dream, can't I?

I was only in Italy for about five days, but I adored it! Thanks for bringing it back, and filling in my gaps. :)

My favourite country in the world! ☺ Thanks for dropping by my blog earlier. Glad I discovered yours as a result. Ciao

How interesting! I wish I knew more of my family's personal history. I should ask my mother if anyone in the family has pulled together our heritage. That would be really neat to have. Thanks for stopping by. I am now following you on GFC!

Interesting and fascinating photos. Loved the picture of the interior. It is beautiful! ♥

You see where I'm going with this right?

Kathy, family tree work is so interesting, you don't know who could be in your genealogy.

In this case the patriotic bandit has always been known about as he's not so far back, really.

Kathy, unfortunately they aren't my pictures but the building and interior are beautiful

Teresa, I do hope you can get there. Keep with the mantra and you never know :) 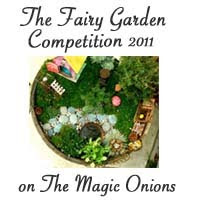